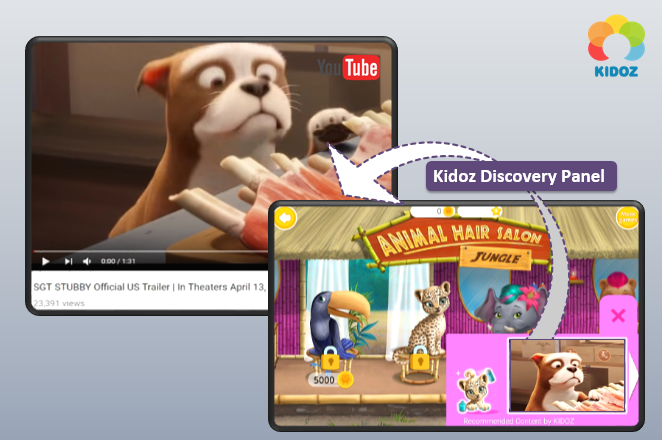 Fun Academy Motion Pictures is a Georgia-based film studio bringing innovative educational entertainment to audiences worldwide. Their first fully-featured animated movie, Sgt. Stubby: An American Hero, is based on the true story of a dog who was the first to be promoted to the rank of Sergeant in the U.S. Army, remains the most decorated dog in U.S. Armed Forces history and is widely considered the forerunner to the Army’s working dog program.

With only 6 weeks to build YouTube buzz around the movie’s 3rd and final movie trailer until the movie’s April 13th launch, Fun Academy Motion Pictures was using traditional social media channels to build 2,300 videos a day.

As an educational animated movie for kids, parents, dog lovers, and veterans, Stubby had a large potential audience to draw from, but because of the movie’s more realistic imagery and themes surrounding war, targeting kids with more child-relevant cinematic promotion on platforms intended for adults was a challenge for the studio.

After 10 days of paid media from Youtube and Facebook, the trailer had garnered 23,391 YouTube views.  On the 11th day, Fun Academy started working with Kidoz by creating a shorter kids- focused teaser video and static display images which ran across the Kidoz network (including dog-themed apps) for 4 weeks. All other media buying channels were turned off.

The video was replayed by additional movie-related channels helping, in part, to add an additional 170K views.