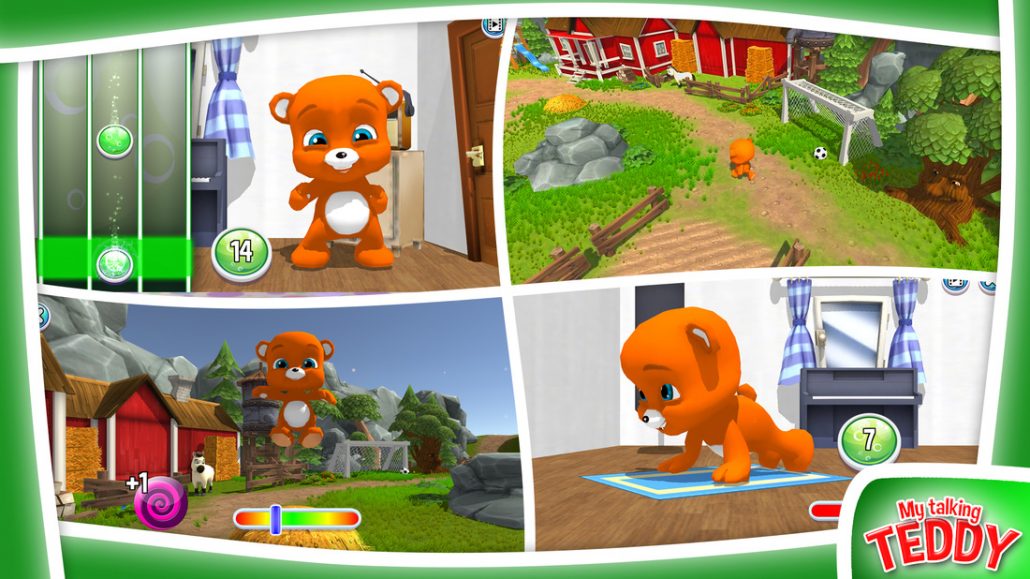 Gigi & Buba, a successful childrens oriented app developer from Austria was founded in 2013 by Emanuel Amler.  After 10 years of working on films, commercials and games, Amler got inspired by his daughter and wanted to focus ono the age range that the mobile gaming industry overlooks.  The company’s first few app releases reached moderate success. the company had its hopes set high on their biggest project in development, a tamagotchi-like game called “My Talking Teddy.”

Upon its release, My Talking Teddy did not have the massive reaction from dedicated and casual users that Amler and his team were expecting – likely due to the saturation of talking character apps on the market that started several years prior.  Sensing that working with Kidoz could dramatically improve the awareness, adoption and retention of My Talking Teddy, Mr. Amler reached out to us in hopes in hopes that we could provided the much needed boost, increase his download rate and provide kids all over the world the opportunity to love the game he created for them.

KIDOZ ran a 6 month international ‘My Talking Teddy’ awareness campaign, spanning over 35 countries with 6.4 million impressions delivered in total.  The CTR to the app install page was 15%. The percentage of clicks to installs was 7%.  Today, My Talking Teddy has over 100,000 installs, a 4.2 app approval rating and over 130,000 views on the Gigi & Buba YouTube channel.